ava
James Corden challenges "Normal People" stars Daisy Edgar-Jones and Paul Mescal to create the kind of electric chemistry they have on the show reading dialogue from random clips he plays for them. 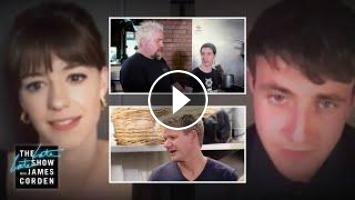 James Corden challenges "Normal People" stars Daisy Edgar-Jones and Paul Mescal to create the kind of electric chemistry they have on the sh...