admin
Model Has Six Ribs Removed In World's Smallest Waist Bid
SUBSCRIBE to the Barcroft network:
A SURGERY loving model has had SIX RIBS removed - to look like a CARTOON character. Former electrician Pixee Fox , from North Carolina, USA, had already spent more than £70,000 on plastic surgery attempting to sculpt the perfect hourglass figure. But now she has taken her obsession even further by having her lower ribs removed - so she can shrink her waist to a record-breaking 14 inches. The 25-year-old, who is originally from Sweden, says she was inspired by animated characters like Jessica Rabbit, Aurora from Sleeping Beauty and Holli Would from Cool World. The extreme five-hour keyhole surgery operation cost £6,000 and was performed by plastic surgeon Dr Barry Eppley in Indianapolis, Indiana in October. The operation, which is irreversible, is usually performed for medical reasons but can be used for cosmetic purposes after extensive consultation.
Videographer / Director: Ruaridh Connellan
Producer: John Balson, Nick Johnson
Editor: Ian Phillips
Barcroft TV:
Barcroft Cars:
Bear Grylls Adventure:
For more of the amazing side of life:
For the full story, visit BARCROFT.TV:
Like BARCROFT TV on Facebook:
Follow @Barcroft_TV on Twitter:
Check out more videos: 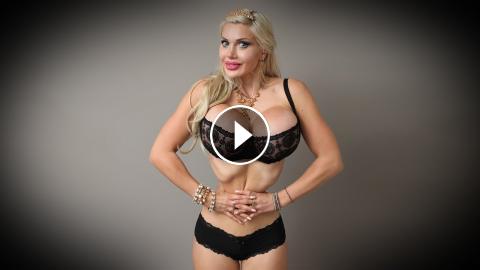 Model Has Six Ribs Removed In World's Smallest Waist BidSUBSCRIBE to the Barcroft network: A SURGERY loving model has had SIX RIBS removed - to look l...