ava
James Corden welcomes the stars of "No Time to Die" Daniel Craig and Rami Malek to Stage 56 and asks them what films impacted them in their youth. Daniel recaps getting a star on the Hollywood Walk of Fame, which isn't a wholly comfortable experience for a British person. And James asks Rami how he hustled to get his headshot while delivering pizzas before Daniel recalls a rather rough experience when he landed to start his career in LA. 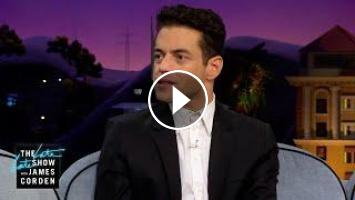 James Corden welcomes the stars of "No Time to Die" Daniel Craig and Rami Malek to Stage 56 and asks them what films impacted them in their ...