admin
More Celebrity News ►►
Tyler Posey reveals he’d be down for a ‘Teen Wolf’ Movie and gushes over his friendship with Dylan O’Brien.
What a coincidence, Tyler, because we are ALSO down for a Teen Wolf movie. And by down I mean we are DESPERATE for this to happen.
In a new interview for PeopleTV’s show “Chatter”, Tyler shared how he’d feel about a Teen Wolf movie, and he was more than open to the idea!
Tyler PeopleTV Chatter (0:25-0:36)
Considering MTV’s Teen Wolf series was inspired by the 1985 film starring Michael J. Fox, it only makes sense to do another movie with the new cast, right?! And even though the TV series ended on a satisfying note, we KNOW there’s more story to tell, and fans would be just as happy about a Teen Wolf film as Tyler would. So hopefully one will be in the works soon, because it sounds like we’re all more than ready for this.
Dylan also opened up about his friendship with Teen Wolf co-star Dylan O’brien, calling the actor one of his best friends, and sharing what a blast they had at this year’s comic con together.
CLIP/AUDIO: Tyler PeopleTV Chatter (0:11-0:26)
Um, where can we sign up to dance all night at Comic Con with Tyler and Dylan? Because that sounds like the best time ever.
Alright guys now I wanna hear what YOU think of a Teen Wolf movie -- do you think it makes sense, or was the series finale the perfect ending? Let me know your thoughts in the comments below!
And then click to the right to watch another new Video. Thanks so much for watching, and don't forget to subscribe to our channels. As always I’m your host Emile Ennis Jr. and I’ll see you next time!
For More Clevver Visit:
There are 2 types of people: those who follow us on Facebook and those who are missing out
Keep up with us on Instagram:
Follow us on Twitter:
Website:
Add us to your circles on Google+:
Tweet Me: 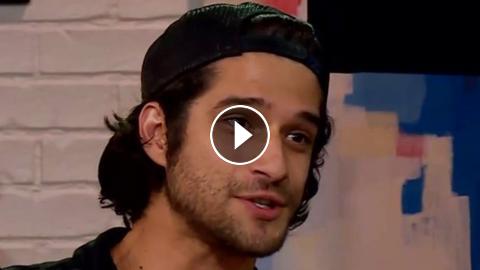 More Celebrity News ►► Tyler Posey reveals he’d be down for a ‘Teen Wolf’ Movie and gushes over his friendship with Dylan O’Brien.What a coincidence, ...