What Was Jamie Dornan Like as a London Barkeep? - #LateLateLondon

ava
James Corden welcomes his guests Jamie Dornan and "Thor: Love and Thunder" star Tessa Thompson and James asks Tessa about really embracing London to the point people question her American accent! And Jamie recalls his days first moving to London and working as a barkeep with some unsavory customers.

What Was Jamie Dornan Like as a London Barkeep? - #LateLateLondon 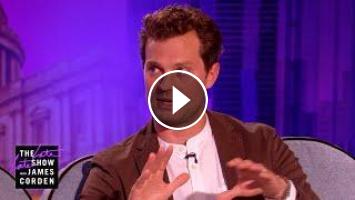