ava
As James goes through the headlines, one of the show's writers, Louis Waymouth, interrupts to announce his sudden departure from the team. He's made his major NFT play and no longer has time for normies like James Corden. 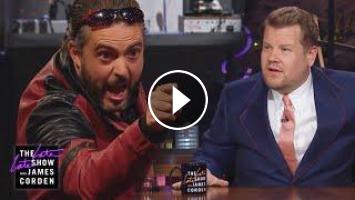 As James goes through the headlines, one of the show's writers, Louis Waymouth, interrupts to announce his sudden departure from the team. He's made h...