ava
James Corden kicks off the show checking in with Reggie Watts and shares a few things that have recently lifted his spirits, including Coldplay's Chris Martin singing "Viva la Vida" backed by 12-year-old twin Italian brothers for Global Citizen's "One World: Together at Home." 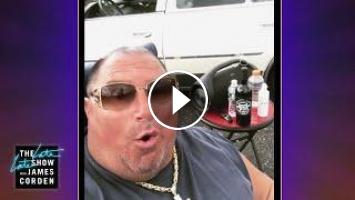 James Corden kicks off the show checking in with Reggie Watts and shares a few things that have recently lifted his spirits, including Coldplay's Chri...