ava
James recaps a few items that have lifted his spirits, including Leslie Jordan's Instagram updates during quarantine like millions of others, James Corden connects with Leslie, who is in his Tennessee vacation rental practicing social distancing. After recapping his Instagram's meteoric rise, Leslie offers to answer some of your questions - so send them to us with #AskLeslie! 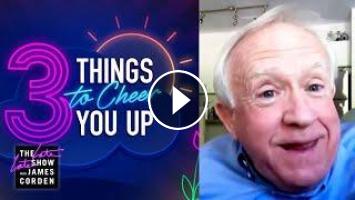 James recaps a few items that have lifted his spirits, including Leslie Jordan's Instagram updates during quarantine like millions of others, James Co...