ava
James Corden connects with Leslie Odom Jr., safe in quarantine with his family. After Leslie tells James about working with their mutual friend Josh Gad on "Central Park" for Apple TV, Leslie performs his hit single "Go Crazy" with a little help from his daughter. 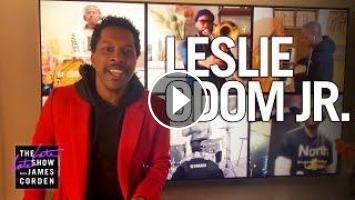 James Corden connects with Leslie Odom Jr., safe in quarantine with his family. After Leslie tells James about working with their mutual friend Josh G...