admin
More Celebrity News ►►
Stranger Things’ Finn Wolfhard CAST in Addams Family Remake PLUS Noah Schnapp shares a brand new Stranger Things Season 3 tease.
Duh-duh-duh DUH *snap snap*
The Addams Family is officially getting an animated reboot, and the voiceover cast is almost TOO amazing to be believable.
Stranger Things’ Finn Wolfhard will be voicing Pugsley Addams, the mischievous brother of the ever-dry Wednesday Addams, who will be voiced by Chloe Grace Moretz. Finn and Chloe took to Instagram to share the exciting news along with the first promo posters for the film. Finn joked about being cast as Pugsley QUOTE, “Gonna be eating A LOT until October 11, 2019”, while Chloe shared QUOTE, “Excited to be Wednesday with such an amazing cast”.
And when Chloe says it’s an amazing cast, she is NOT lying. Charlize Theron and Oscar Isaac will voice Morticia Addams and Gomez Addams, respectively, and Bette Midler will voice Grandmama, while Allison Janney will lend her talents to the family’s arch nemesis, Margaux (Mar-go) Needler.
The animated reboot will follow the Addams family as they face off with reality TV makeover queen Margaux Needler, who wants to turn the world into QUOTE “absolute suburban, pastel perfection.”
The Addams Family is set to be released October 11, 2019, just in time for all that pre-Halloween spirit.
And speaking of Finn Wolfhard, Noah Schnapp, aka: Will Byers from Stranger Things, sat down with The Hollywood Reporter to give some hints as to what we can expect from Season 3.
The season will take place in the year 1985, and Noah revealed QUOTE, “It’s very different this season because it’s in the summer, so you kind of get to see a different version of everyone...It’s great because it has a lot of the dark parts from season two and a lot of the light playful parts from season one.”
Noah also revealed that Lucas’s sassy younger sister, Erica, Priah Ferguson, will have a bigger role in the upcoming season as a series regular. He teased QUOTE, “She definitely has a bigger part this season, and she kind of has her own storyline with someone from the cast.”
As long as she keeps calling Lucas and his friends nerds, I am on board with any storyline Erica gets.
Okay guys now I wanna turn things over to you -- what do you think of the Addams Family animated reboot cast? And what do you want to see happen in Stranger Things season 3? Sound off with all your thoughts and opinions in the comments below, and then click right over here to get ALL the details on Legally Blonde 3 OFFICIALLY happening. Thanks so much for watching, and be sure to subscribe for more Clevver News. I’m your girl Sinead de Vries and I’ll see you next time!
For More Clevver Visit:
There are 2 types of people: those who follow us on Facebook and those who are missing out
Keep up with us on Instagram:
Follow us on Twitter:
Website:
Add us to your circles on Google+:
Tweet Me: 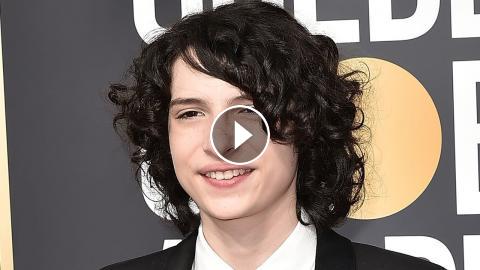