ava
Rob Gronkowski, star of GAME ON premiering on CBS on Wednesday, May 27, tells James Corden about calling Tom Brady after the quarterback signed with the Tampa Bay Buccaneers, and the two made plans for him to come out of retirement back to the NFL. After, James asks Gronk and Venus Williams, co-star of the new comedic sports show, about their scariest moments making the show. 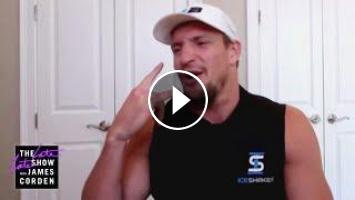 Rob Gronkowski, star of GAME ON premiering on CBS on Wednesday, May 27, tells James Corden about calling Tom Brady after the quarterback signed with t...