admin
Today's episode is brought to you by T-Mobile. With unlimited data, you can fuel your fandom like never before on America's Fastest Unlimited LTE Network. Nobody does unlimited like T-Mobile.
More Celebrity News ►►
Kylie Jenner’s Snapchat account hacked- with the culprit claiming to have her nudes.
Today’s episode is presented by T-Mobile - America’s Best Unlimited Network.
But fans aren’t reacting the way you might expect.
It was really just a matter of time. An online hacker dubbed chikri95 has hacked into Kylie Jenner’s Snapchat account. The hacker posted a yellow Snap image with a devil horns avatar to Kylie’s Snap profile- instructing users to follow his Twitter account @chikri98.
Not surprisingly, the Twitter account blew up garnering over 10 thousand followers instantly. Then things got interesting. The hacker claimed to have stolen Kylie’s nudes from her Snapchat account tweeting, “I GOT KYLIES NUDES AHAHHA.” And they also posted a screenshot of that same tweet on her Snapchat account, along with a Snap instructing people to follow the Instagram account @liluzical.
But the hacker wasn’t gonna make it that easy to get leaked photos and challenged followers on Twitter writing, “Get pinned tweet to 10k Rts and ill do it deadass.” Good news for Kylie! It was all a false alarm. Soon after the hacker revealed he didn’t have any nudes but just wanted a nod for hacking into her Snapchat. Chikri98 tweeted, “jk she aint got nudes lol but rt my pinned tweet i want clout lol”. And by the way- the Twitter account has since been suspended. However, the Instagram account is still up, but has gone private while still holding 18 thousand followers.
Sooooo we’d expect true Kylie fans to be outraged by her privacy being breached like this, but that’s not the case. Many believe this is a conspiracy theory and a promotional stunt to get press for her new Life of Kylie reality show premiering August 6th.
Do you guys think this was a PR stunt? Tell us your theories below! As always, I’m your host Drew Dorsey I’ll catch ya next time.
For more click left to watch celebs react to fans getting tattoos of them! This episode was presented by T-Mobile. With unlimited data, you can fuel your fandom like never before on America’s Best Unlimited Network.
For More Clevver Visit:
There are 2 types of people: those who follow us on Facebook and those who are missing out
Keep up with us on Instagram:
Follow us on Twitter:
Website:
Add us to your circles on Google+:
Tweet Me: 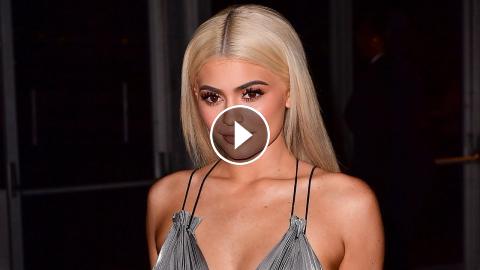 Today's episode is brought to you by T-Mobile. With unlimited data, you can fuel your fandom like never before on America's Fastest Unlimited LTE Netw...