ava
James asks Penélope Cruz about her work with filmmaker Pedro Almodóvar and whether he will ever make a musical (she's working on it!). And Jessica Chastain tells James about playing Tammy Wynette in an upcoming film before she and Penélope both share how Meryl Streep has the power to make them incredibly nervous. 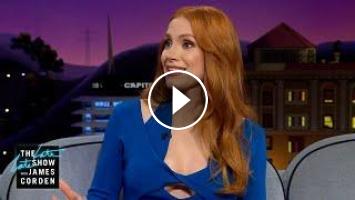 James asks Penélope Cruz about her work with filmmaker Pedro Almodóvar and whether he will ever make a musical (she's working on it!). And Jessica Cha...