ava
NBA basketball player Jordan Clarkson takes the #ShirtOffShootOut literally in his submission where he helped raise money for Feed the Children. Learn more on this page how you can help, and send us your own #ShirtOffShootOut video! 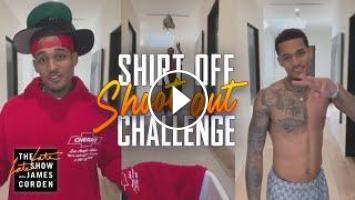 NBA basketball player Jordan Clarkson takes the #ShirtOffShootOut literally in his submission where he helped raise money for Feed the Children. Learn...