ava
James Corden catches up with old friend Nicholas Hoult, who is relishing his chance to play again as a father of a 3-year-old. After, James asks "The Great" star about the hobbies he takes up on film sets and Nicholas recruits James to join him in the Jiu-Jitsu gym after quarantine is over. And Reggie Watts has a question. 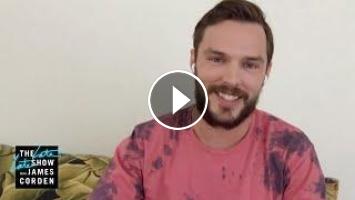 James Corden catches up with old friend Nicholas Hoult, who is relishing his chance to play again as a father of a 3-year-old. After, James asks &quot...