admin
Purchase the official action-packed UA 2014 DVD at:
The crew started the day rolling out of the cornfields of Iowa ready to pound some pavement following General Rick Péwé. Not knowing what was in store, they were ready for another epically long road day, a day with wheeling, fun stops, pie, and almost anything. Suddenly the group turns off the paved road onto dirt near Smithfield, Illinois. Here they found plenty of action in the form of a flowing creek and slick hill climbs at Engquist Farms. After splashing and slinging muck up the hills the group headed to another property. With more grade, more rocks, and less greasy mud, the slope known as Rock Hill gave the crew a different kind of challenge. After airing their tires back up, the second road day came to an end.
Event coverage and photos at:
Catch the entire week of 2014 Ultimate Adventure on the Motor Trend Channel November 17th through November 21st with a new video premiering each day!
Subscribe now to make sure you're in on all the action!
Facebook -
Twitter -
Google+ -
Website - & 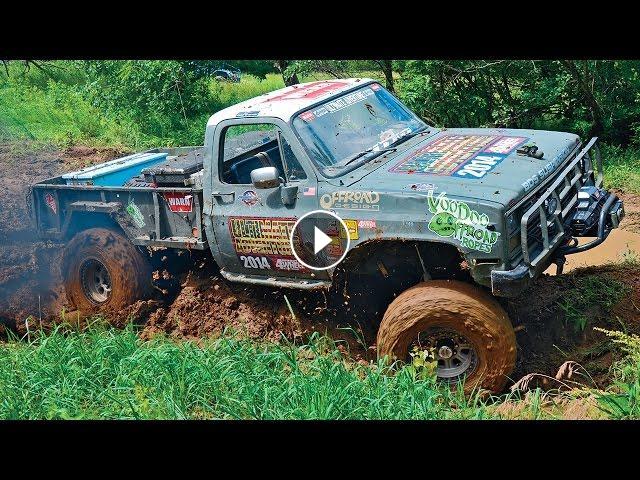 Purchase the official action-packed UA 2014 DVD at: The crew started the day rolling out of the cornfields of Iowa ready to pound some pavement follow...