Added 2 years ago by admin
77 Views
More Celebrity News ►►
The blood, the sweat, and now the tears have officially set in for Sasha, but she has nothing but amazing things to say about her experience.
This week’s Dancing with The Stars Disney theme sadly did not end in a happily ever after for Pretty Little Liars star Sasha Pieterse and her partner Gleb Savchenko who were let go in what many believe to be the most shocking elimination of the season.
After tying for 4th place with a score of 24 out of 30 following their Rumba routine to The Little Mermaid’s “Kiss The Girl”, the two said their goodbyes to the competition and their opponents, but made an appearance on Good Morning America this morning to reveal just how grateful for the experience they both are.
Gleb admitted the elimination was just as much a shock to him as anyone, saying QUOTE, “I never thought it would happen. I thought we have another couple of weeks at least. But it's a dance competition, someone's gotta go and unfortunately it's us.” He also added, “I'm so proud of my partner. She came so far, she did such a good job tonight. You've shown such a huge improvement and as a teacher, I'm really, really proud of you.”
Another thing Sasha has to be proud of is her weight loss she opened up about only halfway through the season. She said QUOTE, “We’re halfway through the competition and I’ve lost 37 lbs. It really is magical. I’m feeling like me again. It’s not an easy road, but being able to focus on getting myself healthy again, and the fact that I’m seeing results, getting better is all I can ask for.”
Sasha previously talked about her 70-pound weight gain due to the disease Polycystic Ovary Syndrome, and stated that she wants to spread awareness about the disease, get people talking, and hope that even if she helps just one person, that’s more than she could ever hope for.
But the experience of being on the show in general has brought Sasha new friends, a new outlook and a new lifestyle, saying, “It really has been an incredible experience and you can't really describe it unless you're doing it. It's been amazing for my soul, for me just getting back to who I am, [and] obviously for my body and my health. I'm just really glad that I was able to have the platform to talk about my situation and I had so much fun.”
And it looks like there will be much more to come of this dynamic duo seeing that Sasha also joked that Gleb will soon also be teaching her fiancé – safe to say their first dance as husband and wife is going to be out of this world, but right now I want to know if you guys were shocked about Sasha’s elimination last night, so get to talking down here in the comments, and after that, you can click right over here to see our epic Disney villain transformation on Beauty Break. Thanks for hanging out with me here on Clevver News, I’m your host Zoe Lillian and I’ll see you next time.
For More Clevver Visit:
There are 2 types of people: those who follow us on Facebook and those who are missing out
Keep up with us on Instagram:
Follow us on Twitter:
Website:
Add us to your circles on Google+:
Tweet Me: 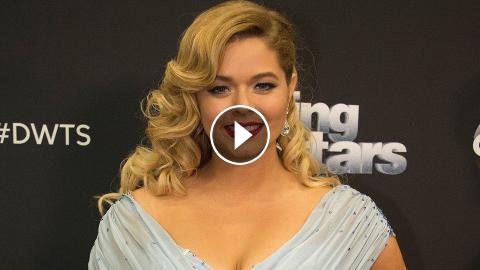 More Celebrity News ►► The blood, the sweat, and now the tears have officially set in for Sasha, but she has nothing but amazing things to say about h...