admin
More Celebrity News ►►
Not a day goes by where someone isn’t offended by something Kim Kardashian says or does. So it wasn’t too surprising when people didn’t take too kindly to Kim bragging about her crazy weight loss back in August.
In fact, Kimmy got a TON of backlash when she shared videos of Khloe Kardashian and Kendall Jenner commenting on her tiny physique. However, the most problematic part of it all was when Kim egged Khloe on after she called Kim ‘anorexic.’
While Kim didn’t acknowledge any of the criticism she got back then, Kim finally opened up about that moment this past Tuesday when she appeared on Ashley Graham’s podcast, ‘Pretty Big Deal.’
Kim said QUOTE, “Looking back, having said that, I 100% completely understand where people are coming from. My intention is never to offend anyone and I apologize if I did that. I know people who have serious eating disorders who have been in and out of the hospital for 15 years. Close people. I’ve experienced it enough to know better.”
Kim went on to say that at the time, she thought that all the joking around with her sisters was harmless but now realized that QUOTE, “it was insensitive.”
What did you guys think of Kim’s apology? Do you think it was genuine or do you think she just apologized just to apologize? Let me know your thoughts on all of this in the comment section below. Then click on over to the right to watch another new video and don’t forget to subscribe to our channels. Thanks for hanging with me, I’m your girl Drew Dorsey and I’ll see ya next time!
For More Clevver Visit:
There are 2 types of people: those who follow us on Facebook and those who are missing out
Keep up with us on Instagram:
Follow us on Twitter:
Website:
Add us to your circles on Google+:
Tweet Me: 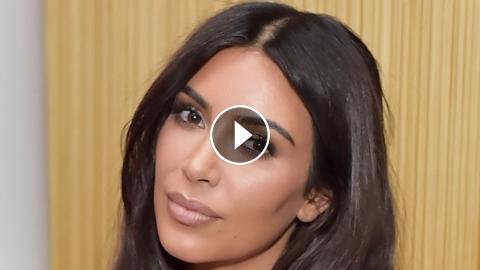 More Celebrity News ►► Not a day goes by where someone isn’t offended by something Kim Kardashian says or does. So it wasn’t too surprising when peopl...