admin
More Celebrity News ►►
Kim Kardashian defended Jeffree Star after her fans brought up racist comments he made in the past.
But now she’s realizing her mistakes.
It all started when Kim posted swatches of her new KKW beauty contour pallette on Snapchat.
But apparently she was doing it all wrong according to some fans and makeup artist Jeffree Star.
He posted a screengrab of her first attempts to swatch on twitter and said, “Umm... Kim what is going on with those new swatches?? Looks like chalk.”
But while everyone was busy worrying about whether or not Jeffree hated Kim, Kim herself took to snap to defend his critique saying, “I see that my fans are totally hating on someone like Jeffree Star for being honest about my struggle swatches but because of his remarks, I'm learning from the best. I welcome honest comments about my products and because of it, I'm swatching better now!”
But she didn’t stop there. Kim also defended Jeffree after fans condemned her for associating herself with him.
"I want to make one last thing clear, I do not defend people that are racist and I am very against it, but if someone claims that they have changed, I would love to give them the benefit of the doubt, and I pray to God that they do change for the sake of my children and my friends."
Jeffree apologized in June for several racist remarks he made on video when he was 19 years old saying, "I am so sorry for everything I’ve said in my past. I can never turn back time and take those moments back. They happened, I have owned up with them, and I have lived with them for a long time. And every time that they get re-dragged up, it just makes me sad because I don’t know who that person was."
The internet was still outraged by Kim and having none of it.
@xoxoQueenLo tweeted, “Idk what is worse, watching Kim K swatch sidewalk chalk or watching her defend a racist and bigot knowing she has an interracial family”
@alexusmosley_ said, “Why did Kim feel it was necessary to tell POC to get over Jeffree Star's racist comments? Like girl shut up. That don't concern you.”
Well Kim must have listened to the backlash because she posted another series of snaps apologizing and saying she was naive to the whole situation, take a look.
(can’t timecode so just take her first “i really wanted to apologize to you guys for defending a situation yesterday that i really didn’t know enough about” and then cut to “i do really want to apologize for me feeling like i had the right to say “get over it” …… don’t feel like i have the right to speak on that and i really, really, really am sorry”
So guys there’s a lot to weigh in on here. Do you think Kim was in the right for defending Jeffree in the first place? And do you appreciate her apology? Tell us in the comments below and then click right over here to get details on Taylor’s victory in court. Thanks for watching Newsfeed, I’m your host Ava Gordy and we’ll see you guys next time!
For More Clevver Visit:
There are 2 types of people: those who follow us on Facebook and those who are missing out
Keep up with us on Instagram:
Follow us on Twitter:
Website:
Add us to your circles on Google+:
Tweet Me: 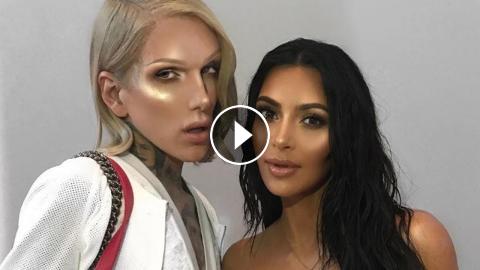 More Celebrity News ►► Kim Kardashian defended Jeffree Star after her fans brought up racist comments he made in the past.But now she’s realizing her ...