Added 1 year ago by admin
22 Views
More Celebrity News ►►
Youtuber Alfie Deyes is finally responding to all the backlash he got for his food poverty video
Not cool, Alfie. Not cool.
What started out as a food challenge turned into a very insensitive one. So, to give a little background on the video that has since been deleted, YouTuber Alfie Deyes decided to challenge himself to live off of just one pound – roughly $1.32 – a day for food (and food only) and to no one’s surprise, the reception to the video was less than positive.
While Alfie only had “a pound” to spend on food a day, he continued to enjoy other luxuries in his life such as personal training sessions, driving a super nice car, and needless to say, people who watched the video called him out on his bs.
One critic wrote QUOTE, “I see @PointlessBlog tried to feed himself for a pound for a day to see what it was like. I am so so so so very tired of rich people playing ‘poor house’ for publicity. Anyone can do it for a day. Try years. No fridge. No lights. No heating. And a kid to feed. It is not a game.”
While another wrote, QUOTE, “Alfie Deyes: living off one pound for the day. Alfie Deyes: pops into his spare house in the garden, drives his Range Rover to town to get a free doughnut but gets 14, has a shopping spree but it doesn’t count. Honestly what were you trying to gain/learn?”
Well, since the backlash, Alfie released an apology video by admitting that he messed up really badly when he decided to do a food poverty challenge video.
Lets talk about the £1 video
Alfie went on to say QUOTE, ‘I’m not excusing anything, I’m taking the full hit, my fault, incredibly stupid, just didn’t think about it, which is a shame.” Alfie also acknowledged in the video that he doesn’t plan on profiting off the initial food poverty challenge video and that he will donate all of the revenues from the video to charity.
What did you guys think of Alfie’s apology? Was it genuine or do you think he only did it because of the backlash he was receiving? Let me know your thoughts in the comment section below. When you’re done with that, click right over here to get all the details on Logan Paul and KSI’s brawl. Thanks so much for hanging with me on Clevver Newsfeed, I’m Emile Ennis Jr., don’t forget to hit that subscribe button and I’ll see ya next time!
For More Clevver Visit:
There are 2 types of people: those who follow us on Facebook and those who are missing out
Keep up with us on Instagram:
Follow us on Twitter:
Website:
Add us to your circles on Google+:
Tweet Me: 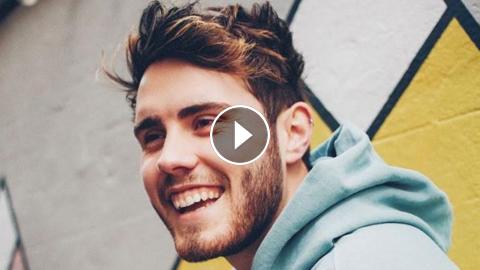 More Celebrity News ►► Youtuber Alfie Deyes is finally responding to all the backlash he got for his food poverty video Not cool, Alfie. Not cool. Wha...