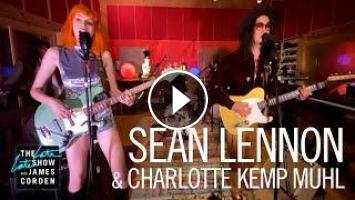 Late Late Show music guests Sean Lennon and Charlotte Kemp Muhl share a video of them performing the T. Rex classic "Mambo Sun," which is of...