ava
Annaleigh Ashford discusses her show "B Positive" and her role as Paula Jones in "American Crime Story: Impeachment." Then Judy Greer proves she's queen of throwback photos and Reggie asks both our guests a very jazzy question. 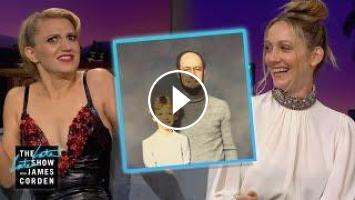 Annaleigh Ashford discusses her show "B Positive" and her role as Paula Jones in "American Crime Story: Impeachment." Then Judy Gr...