ava
James welcomes Judy Greer and Annaleigh Ashford to the show, and the two friends immediately get to catching up, leaving a superfluous James Corden to kick back, check his phone and FaceTime with Reggie. Then Judy Greer reveals her deep love of the Los Angeles Dodgers and her celebratory tattoo predicament. Plus Annaleigh Ashford shares her big family Halloween plans and the scary movie that caused her to crawl into bed with her parents at the age of 17. 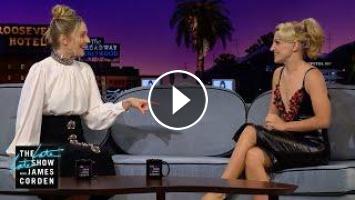 James welcomes Judy Greer and Annaleigh Ashford to the show, and the two friends immediately get to catching up, leaving a superfluous James Corden to...