ava
James Corden connects with the great Tracy Morgan, safe with his family in quarantine. After talking about perspective after surviving a horrific car accident in 2014. And after, Tracy has some direct words about how it's easy to take the most fundamental things for granted. And Tracy talks about voicing Captain Caveman in "Scoob!" 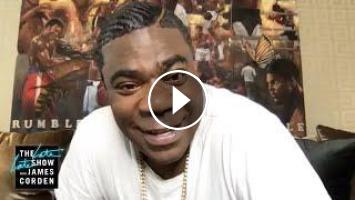 James Corden connects with the great Tracy Morgan, safe with his family in quarantine. After talking about perspective after surviving a horrific car ...