admin
Today’s episode is brought to you by T-Mobile. With unlimited data, you can fuel your fandom like never before on America’s Fastest Unlimited LTE Network. Nobody does unlimited like T-Mobile.
More Celebrity News ►►
It’s been an incredibly intense journey to recovery for Teen Wolf’s Dylan O’Brien who was seriously injured on the set of Maze Runner: The Death Cure. After the incident, The Hollywood Reporter revealed the shocking, devastating news that Dylan had been thrown from a car and immediately hit by another, and had suffered “a concussion, facial fracture, and lacerations.” But, like a true fighter, he has come a long way- the longest way- and the actor is back in action in the upcoming movie, American Assassin, where he plays a CIA hitman, who is no stranger to some danger.
Naturally, diving back into an intense role such as this was a major challenge for Dylan who was still technically in recovery when he began filming the movie which also stars Michael Keaton. Sitting down with Entertainment Tonight, O’Brien revealed just how nervous he was to get back to work under the heavy circumstances.
Dylan went on revealing QUOTE “I didn’t really even want to leave my couch necessarily when I was allowed to. So, yeah. It was a big step doing this.”
But for Dylan, the movie came at the right time, providing some much needed therapy. He told ET QUOTE ““At the time that I came in … I was still at the very end of recovery there when I started, so that was probably the biggest challenge. All the training was very good for my mind and very good for recovery, in a way. It really ended up being [therapeutic]. It came at a great time for me.”
But filming definitely came with it’s fair share of challenges, and Dylan’s costars were sure to be very careful while filming. Michael Keaton told ET QUOTE ““I didn’t want to talk to him about it or bug him about it or remind him. But I had to know how close he could get, how close he can’t get, what side do I flip him on, because I don’t want him to hit that area.”
We’re so not worried, because the movie looks amazing and with both Dylan and Michael Keaton.. I mean, come on.
Meanwhile, Teen Wolf fans were shocked to find out that Dylan may not have been featured in the show’s farewell season at all. The actor dropped a bomb talking to ET saying QUOTE “I wasn’t originally able to be a part of the last 10 [episodes] at all, nor was I contracted to be.” But luckily for us, Dylan was too close to show and it’s fans to leave without saying goodbye. He revealed QUOTE “For me, it was my first role ever, so it would’ve been hard to eventually just not be a part of something that was still ongoing.”
We totes agree.
But when it comes to the Teen Wolf reboot? Don’t count on seeing Dylan make an appearance.
He also told ET QUOTE “I haven’t heard anything about this, but I can guarantee you I probably won’t be in it.”
Boooo. Alright guys, it’s time for you to weigh in on one of our faves, Dylan O’Brien and let us know your thoughts on his intense recovery. Thanks so much for hanging out with me here on Clevver, I’m Sinead de Vries, and I’ll see you guys next time.
For More Clevver Visit:
There are 2 types of people: those who follow us on Facebook and those who are missing out
Keep up with us on Instagram:
Follow us on Twitter:
Website:
Add us to your circles on Google+:
Tweet Me: 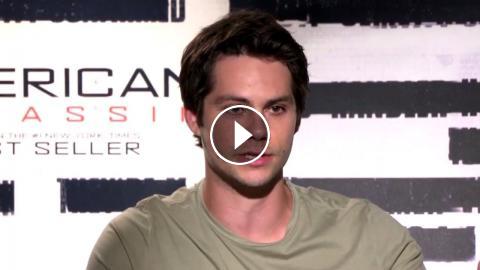 Today’s episode is brought to you by T-Mobile. With unlimited data, you can fuel your fandom like never before on America’s Fastest Unlimited LTE Netw...