While it would be tough to get a more negative reaction than last year's YouTube Rewind, which became its most disliked video ever, fans might actually hate this year’s even more.What’s up? It’s Sussan Mourad here with Clevver News and it’s that time of year again. We’re getting all the end of year round ups. I mean, I can’t go on Instagram right now without seeing everyone’s top 5 favorite Spotify artists of the year. But the moment all of us here on YouTube were waiting for is finally here. The 2019 YouTube rewind.And in case you aren’t familiar with what that is, it’s a video produced and created by YouTube that recaps the year's viral videos, events, trends, memes, music, and more.The first YouTube Rewind was created back in 2010 and featured a Top 10 list of the most popular YouTube videos for that year. Since then, sometimes the fans have loved the YouTube rewind or absolutely hated it. Last year’s in particular was despised by fans and YouTubers alike. So much so that it became the most disliked video ever on YouTube with over 17 million dislikes!There seems to be a lot of reasons why some people didn’t like last year’s Rewind, some of those reasons being that it featured celebs like Will Smith instead of many prominent YouTubers like Shane Dawson, MrBeast, and PewDiePie.People were also upset that it included a bunch of creators they’ve never heard of, it didn’t include tributes to significant deaths of the year, among a variety of other reasons.
Really, people were seriously furious.So YouTube tried to right their wrongs by starting this year’s video saying quote, “In 2018 we made something you didn't like. So in 2019, let's see what you did like because you're better at this than we are.”
So let’s break down this year’s rewind and talk about why many people are still unhappy with the recap based off the internets comments.So who’s in the 2019 Rewind? YouTube tried to cover their bases and include everyone who was missing from last year’s video. They broke it down by categories which included things like music videos, gaming, beauty, diversity, new creators, most viewed, and more.It was like YouTube 2019 by the numbers. Let’s break it down for you. BTS made the cut, with a clip from their Boy With Luv music video.BLACKPINK's Kill This Love was in there as well. Both K pop groups broke YouTube records this year. Shawn Mendes and Camila Cabello's video for Senorita was in first place as the most-liked music video category.PewDiePie also made this video thankfully, because to be honest, if he didn’t, fans would’ve lost all chill. He is still the most-viewed creator on YouTube and has more than 100 million subscribers. The rewind also included footage from his wedding that took place earlier this year.David Dobrik made the video as one of the most viewed creators with 2.4 billion views this year. Both Jeffree Star and Shane Dawson made the list in the most liked beauty videos category.Mr. Beast was included a few times including for having the number 1 most liked video of the year with around 11 million likes.This year's beauty YouTube drama was included with a clip from James Charles' “No More Lies” video, which he posted after his public falling out with fellow beauty YouTuber Tati Westbrook. In the video game section Minecraft had the top spot ahead of Fortnite. And obviously there were a lot more people in it, so you can just go watch the whole thing to see all of them.To me, it seemed like YouTube really tried to include a lot more creators this year and popular channels. But, fans and creators alike are still outraged with this video for various reasons.Despite featuring more of the popular creators, this year's Rewind has been criticized for featuring the top 10 lists in different categories. On social media fans are calling the video as "boring", "lazy" and low "budget.”And even some creators are upset about the video.And this year’s rewind already has over 3 million dislikes which is way more than the likes. But there were some people and creators who actually liked it.And James Charles was honored to be included.As a stand alone video, I actually personally didn’t hate it, but I totally see why a lot of people didn’t like it and expected more from Youtube. To be honest, I’m just upset that Clevver didn’t make it!!! Justice for us right?!But I really really want to know what you guys think.Did you love or hate this year’s YouTube rewind? What would you have liked them to do differently? Let me know down in the comments below.After that, click that bell so you don’t miss any of our new stories. Then click right over here for more entertainment news. 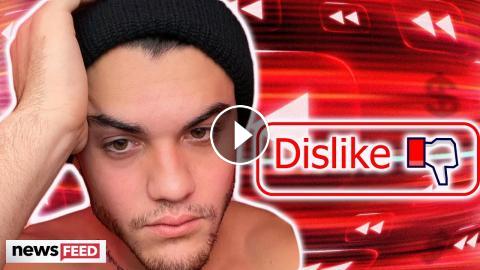 More Celebrity News ►► While it would be tough to get a more negative reaction than last year's YouTube Rewind, which became its most disliked video e...