ava
With "The 355" stars Penélope Cruz and Jessica Chastain on the show, James wonders who on the team would make the best spy...Susan? But Ian has someone else in mind: James himself. And boy do we have a cat joke for you... 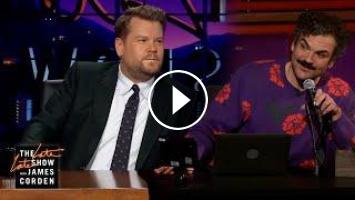 With "The 355" stars Penélope Cruz and Jessica Chastain on the show, James wonders who on the team would make the best spy...Susan? But Ian ...