admin
More Celebrity News ►►
Remember those rumors that Zayn and Gigi were done – well we can finally call them officially false because the duo was spotted last night at New York Fashion Week!
Yes friends all is well in the world – Zayn was spotted supporting his supermodel girlfriend at the Tom Ford show in New York last night but to be honest, his turtle neck kind of stole the show.
Zayn has taken a bit of time away from the spotlight after opening up about some major struggles with anxiety, but the former boybander is back and better than ever thanks to that manscaped-to-perfection beard and suit combo. Gosh doesn’t he look handsome? And his girlfriend Gigi Hadid, well let’s just say she’s not too shabby either. As she headed into the Tom Ford show, where she graced the runway, the 20 year old megababe rocked a sexy, casual look featuring a crop top, distressed jeans and a fluffy coat.
Good to see that these two are so supportive of each other, especially with all of the crazy rumors about their relationship and Zayn’s personal struggles. And who knows, this could be just the beginning of a non-stop ZIGI fest at New York Fashion Week – I don’t know about you, but I’m excited to start adding every outfit they wear to my pinterest board. So guys, what do you think of this power pair supporting each other in New York and moreover, do you agree with me that Zayn is fully dominating that turtle neck or what? Hit the comments section to do what you do and join the convo and then click here to see the craziness we just got ourselves into on Beauty Trippin – we pretty much lost ourselves. You’ll have to watch to understand. Thanks for haning out with me today guys –I’m your girl Joslyn Davis and I’ll catch ya later!
For More Clevver Visit:
Website:
Like us on Facebook:
Follow us on Twitter:
Keep up with us on Instagram:
Add us to your circles on Google+:
Tweet Me: 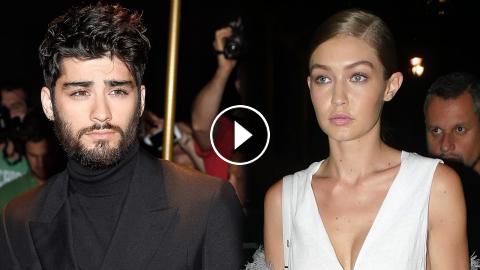 More Celebrity News ►► Remember those rumors that Zayn and Gigi were done – well we can finally call them officially false because the duo was spotted...