admin
12 Celebs Who Slammed Their Body Shamers►►
More Celebrity News ►►
About a week ago, Kim called out Chloe for her critical comments regarding the reality star’s infamous naked selfie and now the actress is finally opening up about the whole scandal.
In an interview with Elle, Chloe explained her response to Kim’s naked selfie and said QUOTE, “I think a lot of things can be misconstrued in a lot of ways. And I think if people open their minds more, and they try to look deeper into something than just something that is a very big, hot, fiery button to hide behind…I think if people looked into something bigger that I was trying to speak upon, they wouldn’t be so easy to fire back silly, miscellaneous things.”
And by miscellaneous, I’m assuming Chloe is referring to Kim’s tweet about cashing in her $80 million video game check and the harsh “no one knows who she is” comment to Chloe. But in the middle of Kim’s Twitter rant and responses, the reality star subtly shaded Chloe’s Nylon cover where the actress was photographed wearing what appears to be nothing but a cozy cardigan.
BUT, Chloe doesn’t think her artistic “nude” cover is the same as Kim’s naked selfie. The “Neighbors 2” actress told the magazine, “That’s also a lot more based on artwork, so that’s a little bit of a different conversation. Like, if I’m talking to a photographer, I’m talking to a stylist, I’m talking to a makeup artist, we’re kind of creating and collaborating and making something that is artwork and is special and is different. Yeah, it’s representing myself, but it’s also not representing myself, because it’s a character piece. So, I think that is a big difference. On social media, like on Instagram and stuff that I post, and the way that I view myself, and portray myself on there, that’s definitely a much more personalized take. I’m not collaborating with people to make that, it’s my own social media platform in which I’m – it’s not a character. It’s just me.”
Well, there you have it. What are your thoughts on Chloe’s explanation? Let me know in the comment section below or tweet me your answer at @___! When you’re done with that, click right over here to check out all the celebs who’ve called out their body shamers in the past and don’t forget to subscribe to Clevver News. Thanks for hanging out with me, I’m Miriam Isa and before you go…
For More Clevver Visit:
Website:
Like us on Facebook:
Follow us on Twitter:
Keep up with us on Instagram:
Add us to your circles on Google+:
Tweet Me: 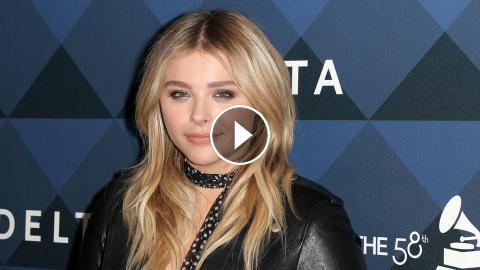 12 Celebs Who Slammed Their Body Shamers►►More Celebrity News ►► About a week ago, Kim called out Chloe for her critical comments regarding the realit...