admin
More Celebrity News ►►
Just two days after Dylan O’Brien and Chloe Grace Moretz were spotted leaving a Los Angeles nightclub together, they were seen hanging out again, this time at another L.A. hotspot.
The 26-year-old actor and 21-year-old actress were seen leaving Nobu in Malibu, California, on August 9 with a group of friends and one photographer caught them before they made a sneaky exit into an awaiting car.
No one knows the status of their relationship right now , but it is important to mention that the Teen Wolf alum admitted to crushing on her way back in 2011, before he found out her age.
He said at the time QUOTE “I wanna give a special shout out to Chloe Moretz because she is the most badass little chick that I’ve ever seen. What she did in Kick-Ass is amazing and I have a crush on her.”
He eventually retracted that statement, though, because while he thought she was QUOTE “a very cute and talented girl,” she was very much underage and he knew how creepy his words were as a result.
He said QUOTE “I would like to retract and say that I think Chloe is a very cute and talented girl. I don’t have a crush on her.”
Seven years later, the actors are hanging out and seemingly getting really close. So, are they dating? It’s definitely possible. Dylan was last in a long-term relationship with actress Britt Robertson, but fans wonder if they’ve broken up because they haven’t been seen together for almost a year.
One fan wrote on Twitter QUOTE “Okay so if Dylan and Britt did break up I’m actually like kind of sad about that? Like whatever, their lives, whatever is best for them but also like ???? Sad???? Help????”
Someone else said QUOTE “Hold on HOLD TF ON. Dylan is single??? Him and Britt broke up??? I don’t want to say I’ve been waiting for this but I’ve been waiting for this”
Chloe recently talked about how awkward it is to see ex-boyfriend Brooklyn Beckham’s new relationship all over her timeline on social media, which I honestly don’t blame her for.
She told The Sunday Times QUOTE “Breakups are hard across the board, but when every verified account on Twitter posts something about me I get tagged. And every major publication is verified. So anytime they post something about a certain relationship it pops up on my phone, which is how I find out about 90% of things."
She also added a little bit of shade saying QUOTE “I'm not a big fan of PDAs in general. I personally don't want to see people posted all over my phone making out."
Whether Dylan and Chloe are friends or a couple, it’s pretty clear that something is going on between them. Do you think they’re dating? Tell us your thoughts in the comments below! I’m your host Ava Gordy thanks so much for watching Clevver. Please Click to the right to watch another new Video and don't forget to subscribe to our channels.
For More Clevver Visit:
There are 2 types of people: those who follow us on Facebook and those who are missing out
Keep up with us on Instagram:
Follow us on Twitter:
Website:
Add us to your circles on Google+:
Tweet Me: 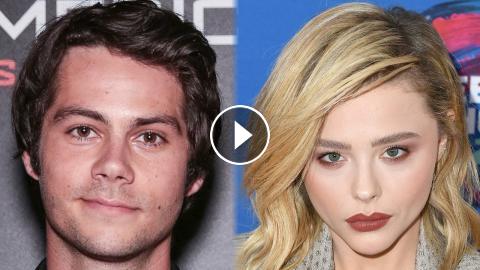