admin
More Celebrity News ►►
Attention Harry Potter fans, we’ve got your summer plans right here. Dust off your wands because a Harry Potter themed river cruise was just announced.
And it’s going to be the most magical cruise ever.
Travel company Barge Lady Cruises unveiled a week long cruise on the River Thames in England that will take you to several locations where the real Harry Potter movies were filmed. The Harry Potter themed voyage is aboard the luxury boat Magna Carta. And this isn’t your regular cruise ship...
The boat fits only 8 passengers in four rooms and includes two decks, a hot tub, under floor heating, private dining rooms, and of course wifi. The trip will cost you a whopping four thousand bucks... but who can put a price on magic? The itinerary includes a stop at Virginia Water Lake, where Harry first encounters Buckbeak in Harry Potter and the Prisoner of Azkaban. You’ll visit the streets where Harry lived with Uncle Vernon and Petunia Dursley, and go to Oxford University's Christ Church College whose Great Hall inspired Hogwarts’ own majestic dining hall. In addition, you’ll visit Warner Brothers Studios and take the official Harry Potter tour that includes the real costumes, props, and sets from the films.
If you’re ready to set sail among the muggles, you’ve got only two opportunities this August. Would YOU go on a Harry Potter themed cruise?! Tell us down below. Then head on over here for details on how Dylan O’Brien’s Maze Runner injuries TAINTED him. As always I’m your host Ava Gordy, thanks for hanging out with Clevver.
For More Clevver Visit:
There are 2 types of people: those who follow us on Facebook and those who are missing out
Keep up with us on Instagram:
Follow us on Twitter:
Website:
Add us to your circles on Google+:
Tweet Me: 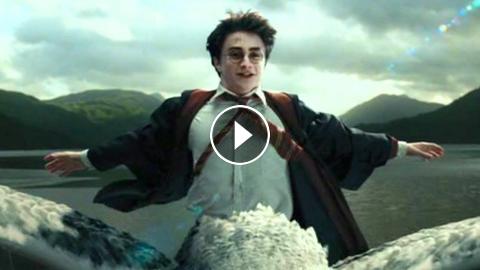