Just when you thought you might never get another Harry Potter reunion, Daniel Radcliffe, Emma Watson, and Rupert Grint have all reunited to film BRAN NEW Harry Potter scenes -- but there's a little catch. Curious as to what we mean?
Well, the OG HP trio have come together to film scenes -- wait for it -- as part of an upcoming ride at Universal Orlando's Wizarding World of Harry Potter. Yes, there's been a major expansion at the theme park land which includes the iconic Diagon Alley, and with said park expansion comes a brand new ride called "Harry Potter and the Escape From Gringotts."
Apparently, the riders will experiences adventures through Gringotts bank, and that's where Harry, Hermoine, and Ron come in. As you experience the ride, there are corresponding videos that go with it that'll feature the holy Harry Potter trinity.
The ride's art director Alan Gilmore spoke to MTV about the exciting news, saying: "They'll be there! It's quite exciting. They're regrouping for one last adventure." He continued: "It's all new, it's a brand new film, and it's absolutely film quality, involving the films team, a merging of the film team and the Universal production team."
And they're not the only Harry Potter stars who are getting involved, Ralph Finnes aka Voldemort, Helena Bonham Carter aka Bellatrix Lastrange, and Warwick Davis aka Griphook, will all make appearances throughout the ride as well.
Well this sounds like a dream come true for any Harry Potter fan! And just an FYI, the ride -- along with the Diagon Alley expansion -- should open up sometime this summer.
Are you pumped that they've all reunited for this? And more importantly -- is this a ride you'll want to partake in? Hit up the comments section below to share all your thoughts on this story, and make sure you click right over here to see our exclusive interview with a famous British redhead. No not, Rupert Grint -- Ed Sheeran! Also, hit that subscribe button so you can get all the latest celebrity news, interviews, and so much more. I'm Miriam Isa, thank YOU for tuning in -- we appreciate it. Until next time -- bye! 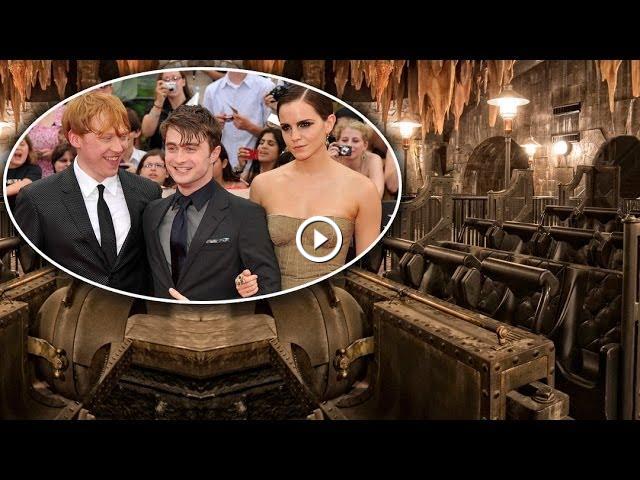