admin
More Celebrity News ►►
A theory about a Harry Potter reboot has fans flippin out.
Reboots are popping up all over the place… could Harry Potter be next?
On Tuesday a Reddit thread popped up that raised a scary thought: QUOTE, "One day there is going to be a reboot of the Harry Potter movies, and an entire generation of us is going to hate everything about it."
The post quickly shot to the front page and garnered thousands of opinions about a future reboot of HP and predictions on how it would be handled.
One user wrote QUOTE, "As long as Daniel Radcliffe plays Dumbledore it will be fine.”
Another chimed in QUOTE, “And Emma Watson needs to be Professor [McGonagall]. And Rupert Grint plays Arthur Weasley,"
But the comment that saw the most upvotes was the idea of turning Harry Potter into a television series. QUOTE, "I've long held that they should make Harry Potter into a series on HBO. [Seven] seasons, varying in length depending on how much material they need to get in (the first season obviously wouldn't be as long as the fourth). The movies were great, but what made the books so special is the world she created had so much detail. If they made a series they could really go into depth with the characters, the relationships, the school, quidditch, the entire world that felt so real."
It’s kind of weird to think about that beloved childhood series returning with an entirely new cast, and don’t hate me for what I’m about to say, but I’m kind of into that last idea for a reboot. It could be dark, descriptive, and more than what we saw in the movies. But who on earth could play those iconic characters without being phased by inevitable backlash?
At the moment the fandom is being satiated with Fantastic Beasts which will have five films in total, but who knows what could happen down the line in 10 years? Maybe even sooner with the rate Hollywood comes out with reboots!
Okay guys now we gotta hear from you- what kind of Harry Potter reboot would you want to see? Or are you against the idea entirely? Let us know in the comments below! And then click over here to watch another new video and don't forget to subscribe to our channels. I’m your host Ava Gordy, thanks for watching Clevver and I’ll see you next time!
For More Clevver Visit:
There are 2 types of people: those who follow us on Facebook and those who are missing out
Keep up with us on Instagram:
Follow us on Twitter:
Website:
Add us to your circles on Google+:
Tweet Me: 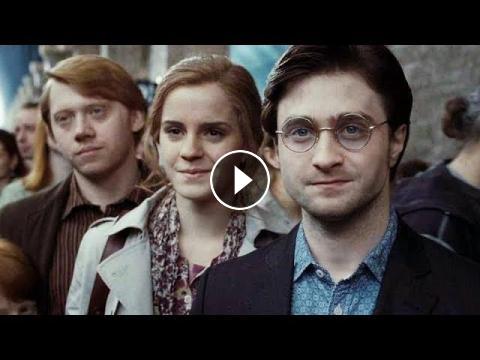 More Celebrity News ►► A theory about a Harry Potter reboot has fans flippin out. Reboots are popping up all over the place… could Harry Potter be nex...