Harry Potter fans -- you better be sitting down for this news about the upcoming Fantastic Beasts and Where to Find Them spin-off. Well, guys, it's getting not one, not two, but THREE movies! So if this announcement doesn't make your day, we don't know what will. Yes, the HP spin-off was announced back in September, and as a reminder, J.K. Rowling is set to pen the script as well as helping to produce the film. But now that there's 3 films and all, YES!, we've learned that JK will also be taking on all of the screenplays. In a statement, it was revealed that three "megamovies" will center on Newt Scamander, about seven decades prior to the existence of Mr. Potter and his Hogwarts pals. J.K. said that the new Warner Brothers CEO had everything to do with this spin-off, saying: QUOTE "When I say he made Fantastic Beasts happen, it isn't PR-speak but the literal truth. We had one dinner, a follow-up telephone call, and then I got out the rough draft that I'd thought was going to be an interesting bit of memorabilia for my kids and started rewriting!" As we mentioned earlier, not too many details are known as of yet --ie, release date, director, cast, etc -- but fans should be reassured that some familiar faces and creatures will turn up in the film version. In fact, Emma Watson recently revealed that she'd LOVE to do a cameo in the upcoming film series. Alright HP fans, what do you think about this news? Tell us how you're feeling in the comments section below and make sure you click right here to find out the 5 times Benedict Cumberbatch made the internet swoon. I'm Dana Ward, thanks for tuning in to Clevver News. Until next time -- byeee! 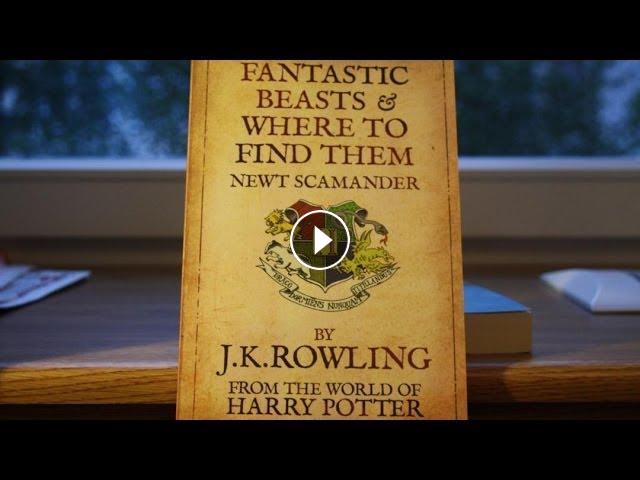 Benedict Cumberbatch Makes Us Swoon ►► More Celebrity News ►► Harry Potter fans -- you better be sitting down for this news about the upcoming Fantast...