ava
James welcomes Keegan-Michael Key and Emily Deschanel fresh off a little humbling at her son's laser tag birthday party. And James asks Keegan about seeing his longtime friend and longtime Jordan Peele recently and what he was like as a roommate and it sounds very lovely. And when Keegan talks about his new Hulu show "Reboot" he asks Emily if she would reboot her hit show "Bones." 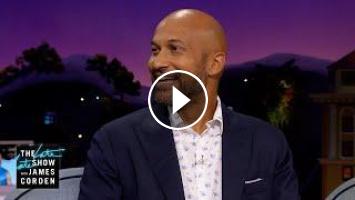