admin
Check us out on Watchable.com or download the free Watchable app. Watchable brings you the best videos on the web.
More Celebrity News ►►
Twitter recently announced that they were going to discontinue Vine in the next few months and all of the famous Viners feel some type of way about it.
Whether you love it or hate it, you have to admit that those infamous six-second videos provided you some sort of entertainment over the years. Some even credit the app to launching their careers as social media influencers. But now that Vine is going away, a lot of Vine stars are thanking the app for giving them their start.
Jessi Smiles tweeted not too long after the announcement by saying ‘Damn, just found out that Vine is shutting down. What a crazy journey this has been. Forever grateful for that silly little app.” Brittany Furlan and sent out a simple message and wrote QUOTE, “Bye bye old friend. Thank you for everything.” A few other users also reacted to the news with sentimental statements.
Victor Pope Jr. wrote, “Vine gave me so many opportunities. The chance to survive solely off comedy for the first time. I met so many good friends. It saved my life.” Even Smosh paid their respects to the dying app and said QUOTE, “Goodbye Vine. You gave us so many great memories” and left their note with this memorable Vine.
The Eh Bee Family also went down the appreciative route and said QUOTE, ‘Thank you Vine for giving us a platform to begin sharing our family with the world. We will always cherish where we started.” Lele Pons followed the thank you train and tweeted QUOTE, “Never forget where you came from. @Vine thank you for the amazing years.”
Anyway, enough with all the sappy thank you posts. Other Viners like Thomas Sanders, Tyler Oakley, and Gabbie Hanna of The Gabbie Show took a more comedic route with their Vine goodbyes. Tyler reacted to the news by saying, “omg @ vine getting shut down?? How are we going to share important content like this??”
Thomas said his goodbyes and took time to promote his other works with QUOTE, “Well, Vine may be going away, but this means I get to focus ALL my energy on YouTube! Hope you don’t mind seeing my comedy in long form!!”
While Gabbie wrote a two-part tweet semi-love letter to the app and said, ‘Vine being deleted is like an old friend I haven’t really talked to in a while dying and even though we weren’t close anymore it hurts to see them go. But in all seriousness, thank you vine for changing my life. For giving me my friends, my confidence, and my career. I love you forever.
And then King Bach said he’d only talk to Ellen about the end of Vine when he tweeted QUOTE, ‘LMAO at all these interview requests I’m getting because Vine is dead. I will only speak with the best…@TheEllenShow #RIPVine.”
Regardless of how you feel about Vine leaving us forever, it’s still a little sad. I mean, some might say it’s the end of an era…
For More Clevver Visit:
Website:
Like us on Facebook:
Follow us on Twitter:
Keep up with us on Instagram:
Add us to your circles on Google+:
Tweet Me: 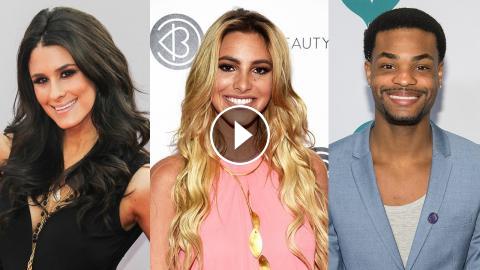 Check us out on Watchable.com or download the free Watchable app. Watchable brings you the best videos on the web. More Celebrity News ►► Twitter rece...