admin
Max Schneider and RyanEXOE are in the Hollywire studio! We play Hollywords and find out Max would choose a yacht while RyanEXOE would choose a private jet. We also discuss their pet peeves! They perform "Love Me Less" and Max tells us the story behind the song. He also tells us about Yellow - and how it influences his music. We chat about Max's tattoo 'urge' and the meaning behind it. Also, RyanEXOE tells us some amazing dad jokes!
He is a singer, raised in Woodstock, New York, who goes by the stage name MAX. This singer got his start in broadway at the young age of 13, and had continued to pursue entertainment for the remainder of his career. Max has been seen modeling with Madonna, acting on Nickelodeon, and touring with some of the biggest names in Hollywood. Schneider also starred in the Nickelodeon original film Rags as Charlie Prince, the lead role in the film. Schneider also married Emily Cannon in April, 2016, congrats Max. #MaxSchneider #MaxSchneiderinterview #MAX
Subscribe
Most Popular Influencers
Most Popular Celebrities
About Hollywire:
Welcome to Hollywire official YouTube channel! Hollywood’s most popular celebrity interviews and trendiest source for lifestyle entertainment!
Hollywire 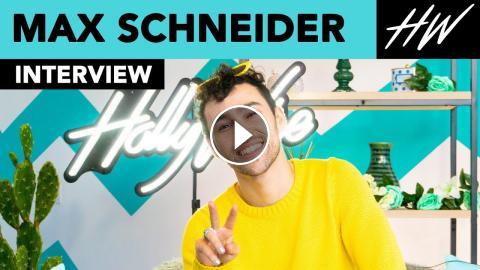