Scarlett Johansson PULLS OUT From Trans Movie Role Amid Backlash

admin
More Celebrity News ►►
Just a few days ago, it was announced that Scarlett Johansson had been cast as Dante Tex Gill in an upcoming film about his wild, tumultuous, and crime-filled life called Rub & Tug. “Tex” was a transgender criminal who after years of running massage parlors as fronts for prostitution, was eventually sentenced to 7 years in federal prison for tax evasion. He died in 2003 while serving his sentence. While the term “transgender” wasn’t common 30 years ago, everyone who knew Tex knew that while he was born female, he lived his adult life as a man, and allegedly had medical gender reassignment procedures.
It is this common knowledge about Tex that infuriated the internet when Scarlett Johansson was cast to play him, with many upset that a transgender actress had not even been considered, as far as we know. It also didn’t help that Johansson would have reunited with her Ghost in The Shell director, which saw her in a another controversial role as she portrayed a character that is Japanese in the original manga series. While she wasn’t necessarily portraying a Japanese character in this version of the story, a lot of fans were extremely upset that the heritage of one of their beloved characters had seemingly been overlooked since Scarlett Johansson ultimately landed the role.
Well, this much controversy, again, definitely got her thinking, because she just announced that she has dropped out of Rub & Tug altogether. In a lengthy statement to Out Magazine, Scarlett Johansson explained her decision saying QUOTE “
In light of recent ethical questions raised surrounding my casting as Dante Tex Gill, I have decided to respectfully withdraw my participation in the project. Our cultural understanding of transgender people continues to advance, and I’ve learned a lot from the community since making my first statement about my casting and realize it was insensitive. I have great admiration and love for the trans community and am grateful that the conversation regarding inclusivity in Hollywood continues. According to GLAAD, LGBTQ+ characters dropped 40% in 2017 from the previous year, with no representation of trans characters in any major studio release. While I would have loved the opportunity to bring Dante’s story and transition to life, I understand why many feel he should be portrayed by a transgender person, and I am thankful that this casting debate, albeit controversial, has sparked a larger conversation about diversity and representation in film. I believe that all artists should be considered equally and fairly. My production company, These Pictures, actively pursues projects that both entertain and push boundaries. We look forward to working with every community to bring these most poignant and important stories to audiences worldwide.”
In response to Scarlett Johansson’s heartfelt statement, GLAAD President, Sarah Kate Ellis, recognized her for setting a greater standard in Hollywood, saying in part QUOTE “Scarlett Johansson’s announcement, together with the transgender voices who spoke out about this film, are game changers for the future of transgender images in Hollywood.”
Well, we definitely hope these conversations continue because they are so important, now more than ever before. What do you think about Scarlett Johansson’s decision to drop out of Rub & Tug? Sound off in the comments below and then you can click right here for another breaking news story and, of course, be sure to subscribe to all of our channels. I’m Sinead de Vries, thanks so much for watching, and I’ll see you guys next time.
For More Clevver Visit:
There are 2 types of people: those who follow us on Facebook and those who are missing out
Keep up with us on Instagram:
Follow us on Twitter:
Website:
Add us to your circles on Google+:
Tweet Me:

Scarlett Johansson PULLS OUT From Trans Movie Role Amid Backlash 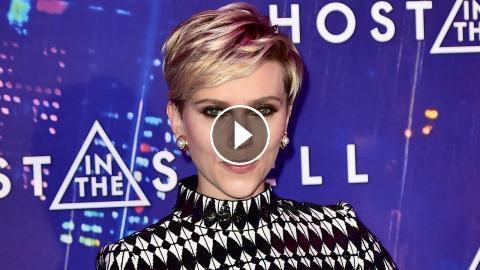 More Celebrity News ►► Just a few days ago, it was announced that Scarlett Johansson had been cast as Dante Tex Gill in an upcoming film about his wil...