admin
More Celebrity News ►►
One very ruthless fan asked Cole Sprouse and Lili Reinhart a super personal question at PaleyFest and the whole Riverdale fandom is PISSED.
If there’s one thing that Riverdale fans can agree on, it’s that this particular fan definitely crossed the line.
Let’s be real here, we’re all DYING for Cole and Lili to just come out and admit that they’re dating, but as the two have said time and time again in many interviews, it’s not gonna happen. At least any time soon. That’s why when one super bold fan asked if Cole and Lili are dating each other at the Riverdale panel at PaleyFest, the show’s fandom (and even some of the cast members) went NUTS – and not in a good way.
As we mentioned yesterday, Madelaine Petsch called the probing question “really inappropriate” while many others went in on their fellow fan via Twitter.
One fan tweeted, “can’t believe someone asked Lili and Cole if they’re dating, like I wanna know as much as everyone else but we’ve gotta respect their privacy.” Another tweeted QUOTE, “Someone asked Lili and Cole if they were dating. That’s so…I have secondhand embarrassment.”
While one fan basically said that the girl who asked the invasive question ruined any and all future confessions from Lili and Cole by saying QUOTE, “That is so inconsiderate. And you know what else? Now Lili and Cole are definitely not going to tell anyone soon if they are even dating at all!”
It’s important to remember that even though Lili and Cole are big time public figures, especially at this moment in time, no one is entitled to all the details about their private lives. And that goes for any celebrity because honestly they’re just normal people like you and I.
Aside from all the craziness that stemmed from the infamous dating question, the Riverdale cast also shared a lot about their characters on the show. Madelaine opened up about Cheryl’s inevitable coming out on the show.
She said QUOTE, “I think it is something she’s known for a long time and her mom pushed down about her and hated about her that has made Cheryl hate herself because her mom doesn’t love her.”
Madelaine also went on to share her feelings on the overwhelming support and response from fans after her character’s coming out. Madelaine said QUOTE, “The response [has been] overwhelming. I feel so welcome by [the LGBT+] community. I think it’s an important storyline. I’m so happy to bring that storyline to light, and unfortunately, it’s still happening – parents not accepting their children.”
What did you guys think of all this? Do you agree with fans who thought the Cole and Lili dating question was inappropriate? And are you glad Cheryl’s coming out on the show is receiving a ton of positive responses? Let me know your thoughts in the comment section below. When you’re done with that, click right over here to watch as the Riverdale Showrunners tease the return of Black Hood. Thanks for hanging with me on Clevver Newsfeed, I’m your girl Ashley I, don’t forget to hit that subscribe button and I’ll see ya next time!
Tweets: 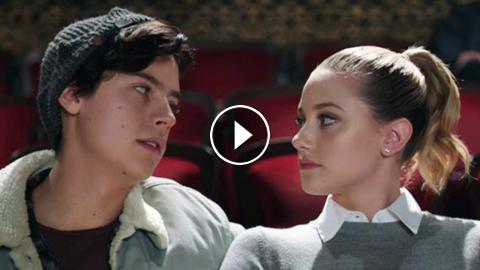