admin
More Celebrity News ►►
Disney Channel Alum Sofia Carson officially joins the Pretty Little Liars spinoff cast!
This Descendant is about to become a Perfectionist.
Sofia Carson has landed herself a shiny new gig. Sofia has officially joined the upcoming PLL spinoff TV show, The Perfectionists. You know and love Sofia from The Descendants franchise but now we’ll see her on Freeform playing Ava, described as a “beautiful trendsetting blogger and coder, who strives to be a fashion icon.” So basically we’ll be watching each week for our style inspo. Now, check out creator I. Marlene King announcing the news on Twitter
Of course, Sofia joins the show’s confirmed PLL stars Janel Parrish and Sasha Pieterse. Who, by the way, both sent adorable warm welcomes to Sofia on Twitter! The Perfectionists is set in Beacon Heights, a town that seems perfect. But naturally, nothing is as it seems. And the stress of needing to be perfect leads to the town’s first murder. Every Perfectionist has a secret, a lie, and a needed alibi.
In addition, Sofia will take on a recurring role in the upcoming season of Freeform’s Famous in Love, alongside Bella Thorne. Sofia will play Sloane, the daughter of a movie mogul who becomes entwined with Paige Townsen and her friends.
So the worst news? There’s no date set for the PLL Spinoff. Until then, a HUGE congrats to Sofia for her new Perfectionist role and in the meantime we’ll look out for Sloane on Famous in Love. What do you guys think of Sofia becoming a Perfectionist? Do you love this choice?! After telling us your thoughts down below, click here for a winners recap from the Grammys this weekend. You know I’m your host Drew Dorsey, thanks so much for tuning in!
For More Clevver Visit:
There are 2 types of people: those who follow us on Facebook and those who are missing out
Keep up with us on Instagram:
Follow us on Twitter:
Website:
Add us to your circles on Google+:
Tweet Me: 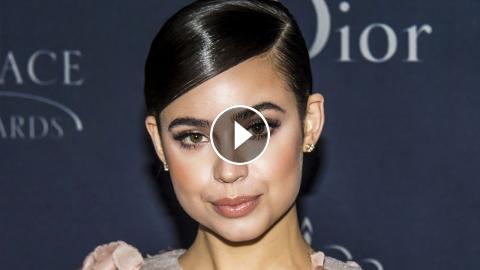