Taylor Swift Ignites MAYHEM With 'The Man' Teaser & Fans Have Many Theories!

#TaylorSwift #TheMan #TheManMusicVideo
Leave it to Taylor Swift to completely break the Internet and wreak havoc among the Swiftie fandom in a matter of minutes after teasing her new music video for “The Man”! Let the fan theories commence...
Swift is really making this day hard for me to think about anything other than her and her new music video release for “The Man.”
So selfish, right?
Then again, I wouldn’t have it any other way because she’s officially bringing the story and meaning of “The Man” to life, as seen by the teaser she released just this morning.
The clip shows a person from behind, wearing a suit and staring out the window of a high-rise office building… but here’s the catch.
The figure appears to be male, buuuuut Swifties aren’t about that theory, and are convinced that the person is, low and behold, Taylor freaking Swift.

Taylor Swift Ignites MAYHEM With 'The Man' Teaser & Fans Have Many Theories! 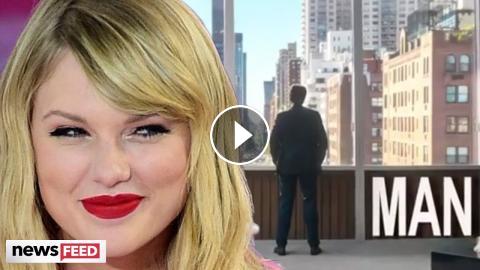 More Celebrity News ►► #TaylorSwift #TheMan #TheManMusicVideoLeave it to Taylor Swift to completely break the Internet and wreak havoc among the Swift...