admin
More Celebrity News ►►
It wasn’t your typical day at Six Flags if you happened to be there on Easter this past weekend around 7 PM near the X2 roller coaster. In fact, if you were there yesterday, hanging out near X2 around 7 PM, you might have seen a major fight go down between Blac Chyna, her crew, and an identified woman in hot pink shoes.
Chyna took both of her kids, King Cairo and Dream Kardashian to Magic Mountain for the sweetest Easter outing, as documented by some pretty adorable snaps of her babies looking so grown up, not to mention the cutest pic of Dream hugging her big bro. Unfortunately, things took a serious turn later that night, when a fight started brewing. Videos surfaced of Chyna being held back multiple times as she attempted to confront the woman, grabbing on to Dream’s pink stroller in the process. And in one video, Chyna’s friend actually engages with the woman and a fist fight breaks out before security gets involved.
Although, the videos do not show what led to the fight, Chyna later alluded to the earlier altercation via her Insta stories, and based on what she had to say, it seems like maybe the unidentified woman seen in the videos got a little too close to her children.
She wrote QUOTE “Being famous is hard enough dealing with scrutiny but when someone feels comfortable to come and touch your child it’s a whole other story. I do not condone violence nor am I a violent person but shout out to all of the amazing mothers out there that will protect their children at all cost. Love, King and Dreams Mommy”
This would also support multiple witness accounts of the incident, which suggested that the woman in question actually may have tried to grab Dream’s hand, and that’s how the whole thing started.
Fighting is never a good solution, but also, don’t touch kids that don’t belong to you, yeah?
What do you guys think? Share your thoughts down below and then you can click right here to find out if Kylie’s already planning baby number 2. Thanks so much for hanging out with me here on Clevver News, I’m Sinead de Vries, and I’ll see you guys next time.
For More Clevver Visit:
There are 2 types of people: those who follow us on Facebook and those who are missing out
Keep up with us on Instagram:
Follow us on Twitter:
Website:
Add us to your circles on Google+:
Tweet Me: 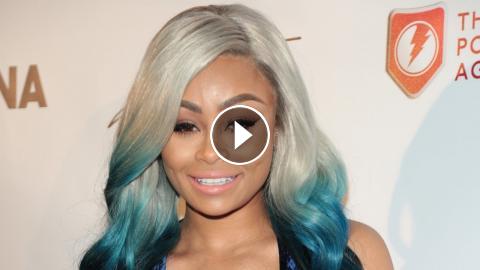 More Celebrity News ►► It wasn’t your typical day at Six Flags if you happened to be there on Easter this past weekend around 7 PM near the X2 roller ...