admin
Thank you to the National Highway Traffic Safety Administration for sponsoring this episode. #justdrive If you’re texting, you’re not driving.
Best TV Couple ►►
More Celebrity News ►►
We’ve got an update on Dylan O’Brien’ after his intense accident on the set of The Maze Runner.
Following Dylan’s horrific crash while filming his upcoming movie, his co-star is speaking out after the accident saying “We thought that was it.”
In case you missed the initial report, the Teen Wolf star suffered severe injuries after being hit by a car on the set of The Maze Runner: The Death Cure when filming earlier this year. Right after the accident Fox released a statement saying that Dylan was immediately transferred to a hospital for observation and treatment, reporting that production on the film would be shut down while he recovers…
Recently, his Co Star Giancarlo Esposito has now updated fans on Dylan's condition during an interview with E news:
On the Accident he also added that many people, who witnessed it, may have thought “that was it.”
He also added that he’s a survivor and said QUOTE: “The one good thing about Dylan that I think is going to help him get back on schedule with us very soon is he has a great attitude."
Shortly after the accident (Which temporarily left Dylan unconscious, seeing that he hit his head on the pavement) Giancarlo sent Dylan a text (joking of course), saying that if he wanted a break from filming, he could have just asked instead of almost killing himself. He also said when Dylan opened the text, he replied by saying "Oh, my God, I almost broke my face laughing".
Although Dylan really got thrown around, it seems as though production is set to pick back up on May 15th if everything goes as planned!
Here’s to wishing Dylan a healthy and speedy recovery, let us hear your thoughts and well wishes in the comment section below, then you can click right over here to see who we crowned the best TV couple over on Debatable… I’m Ryland Adams @RylandAdams on Instagram, thanks for hanging at Clevver, see you soon!
For More Clevver Visit:
Website:
Like us on Facebook:
Follow us on Twitter:
Keep up with us on Instagram:
Add us to your circles on Google+:
Tweet Me: 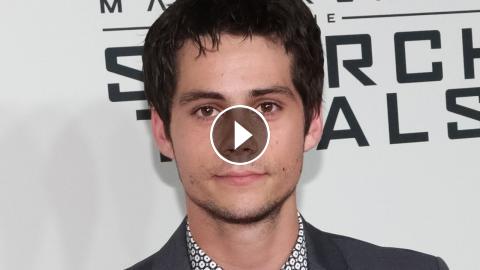 Thank you to the National Highway Traffic Safety Administration for sponsoring this episode. #justdrive If you’re texting, you’re not driving.Best TV ...