admin
This episode is brought to you by T-Mobile. Now, you can get Netflix included with your family plan. Just another reason why T-Mobile is America’s Best Unlimited Network.
More Celebrity News ►►
All the waiting has paid off and we finally get to see the final chapter of the Maze Runner trilogy come to an end. The first official trailer for the new movie aired last night during the Teen Wolf series finale, giving us all a double-dose of Dylan O’Brien.
Although we don’t think we’ll ever get over Teen Wolf coming to an end, it’s nice knowing that we don’t have to wait too long to see Dylan back in action. The Death Cure was originally supposed to be released February 17, 2017, but production was forced to postpone after Dylan’s insane on-set accident.
Just days after starting shooting for The Death Cure, Dylan suffered from “multiple broken bones” and “concussion, facial fracture and lacerations.” We were all left extremely worried about him and the accident caused all of his projects to go on hold and for Stiles Stilinsky’s role on Teen Wolf’s final season to be greatly reduced.
Dylan is slowly coming back into the spotlight and we couldn’t be more excited. During promotion for his most recent movie, American Assassin, Dylan revealed to Vulture that the accident actually helped him bring Mitch Rapp to life. The movie’s director, Michael Cuesta said “If he didn’t have the accident, would he have connected that well with Mitch? I don’t know, but it definitely brought truth to it.”
The trailer for The Death Cure just continues to prove Dylan’s focus and persistence as an actor. We can’t imagine how difficult it must have been to step back on set again after recovering from such a horrific accident, but we’re so glad he found the strength to do it.
In the final movie, we’ll get to see Thomas lead his group of escaped Gladers on their most dangerous mission yet. The group must break into the legendary Last City, a WCKD-controlled labyrinth, that may turn out to be the deadliest maze of all. If they survive, they’ll finally get the answers that they, and we, have been waiting for.
Along with Dylan, Kaya Scodelario, Ki Hong Lee, Thomas Brodie-Sangster, and Rosa Salazar are returning to help bring this epic tale to a close. The movie is scheduled to hit theaters on January 26, 2018 and while that is still 123 days away, we’ll be spending our time watching the trailer on repeat.
Let me know all your thoughts on the Maze Runner trailer, and as always don’t forget to subscribe. Thanks for watching Clevver News, I’m your host Ava Gordy and I’ll see you next time.
For More Clevver Visit:
There are 2 types of people: those who follow us on Facebook and those who are missing out
Keep up with us on Instagram:
Follow us on Twitter:
Website:
Add us to your circles on Google+:
Tweet Me: 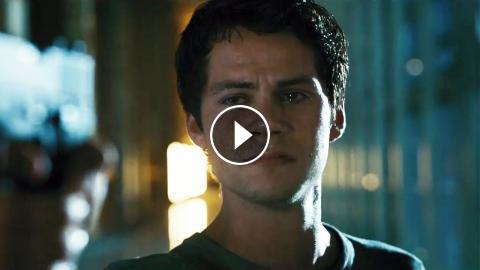 This episode is brought to you by T-Mobile. Now, you can get Netflix included with your family plan. Just another reason why T-Mobile is America’s Bes...