All The Kissing Booth HIDDEN Movie References You Might've Missed

admin
More Celebrity News ►►
By now you’ve probably seen The Kissing Booth on Netflix featuring Joey King who plays Elle Evans. Joey’s character Elle gets caught between her lifelong best friend Lee and his dreamy older brother Noah. The movie also stars Molly Ringwald, known for cult classic films like Sixteen Candles and The Breakfast Club. But there’s a lot more where that nostalgia came from- get ready for some major hidden throwbacks.
In The Kissing Booth, we see Elle and Noah roll around on the carpet- almost naked- and it totally reminds us of that infamous scene in The Proposal where Margaret and Andrew accidentally collide on the floor. A more obvious nod is the OMG girls’ similarities to the plastics in Mean Girls. Olivia, Mia, and Gwyneth makeup OMG in The Kissing Booth and are the cliché clique we all love to hate. They also happen to be VERY particular about who sits at their table for lunch.
Every high school movie has to have a party scene, right? We’re getting so many 10 Things I Hate About You vibes in The Kissing Booth including the scene where Elle has too much to drink and dances on a table. But then there’s the paint scene where Elle and Lee get into a paint fight, and we’re getting flashbacks to Kat and Patrick having a paint war also in 10 Things I Hate About You. Another weird similarity: Elle and Kat also both love soccer.
And if you think those red kissing curtains look familiar, you’re not alone. We immediately think of High School Musical when we see those bright red curtains. Finally, did you catch the author Beth Reekles making a surprise cameo in the movie? You can see her alongside Joey King and Molly Ringwald a costume party scene. Are there any other easter eggs we missed? Feel free to school us down in the comments! Thanks so much for watching- please click over here to watch another news story and don’t forget to subscribe! I’m your host Renee Shaffi, I’ll see you next time.
For More Clevver Visit:
There are 2 types of people: those who follow us on Facebook and those who are missing out
Keep up with us on Instagram:
Follow us on Twitter:
Website:
Add us to your circles on Google+:
Tweet Me:

All The Kissing Booth HIDDEN Movie References You Might've Missed 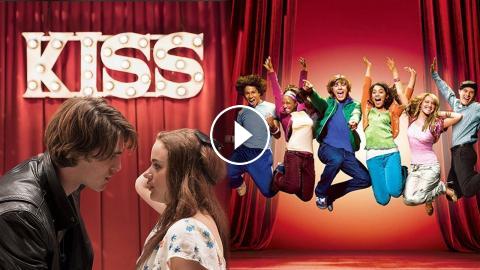