admin
More Celebrity News ►►
On Monday, Netflix dropped a remake of ‘The Kissing Booth’ and it COMPLETELY changed the tone of the once sweet, coming of age teenage rom-com. In the new trailer, Netflix swapped out the upbeat, pop-y background music for a more sinister one, paired it with a couple of scenes from the movie and turned into a horror flick.
Can we also talk about how one of the saddest turning points in the movie turned into a lowkey horrific one?
And that my friends, is what we call great editing.
It’s safe to assume that Netflix decided to tweak the movie trailer in honor of Halloween, BUT something tells us that they were inspired by an anonymous internet user who decided to change the plot of the movie on Wikipedia earlier this year.
In fact, that hilarious change on Wikipedia got a nod of approval from the movie’s star, Joey King, who tweeted in response to the change QUOTE, “Oh my god, this thread has killed me…or has it killed Lee and Noah?”
Can someone start a petition to turn ‘The Kissing Booth’ into an actual horror film? Because I’d actually like to see that.
So, what did you guys think of the horror treatment Netflix gave ‘The Kissing Booth?’ Do you think the cast should go back and turn the movie into a horror flick? Let me know your thoughts in the comment section below. Then click on over to the right to watch another new video and don’t forget to subscribe. Thanks for hanging with me, I’m your girl Renee Ariel and I’ll see ya next time!
For More Clevver Visit:
There are 2 types of people: those who follow us on Facebook and those who are missing out
Keep up with us on Instagram:
Follow us on Twitter:
Website:
Add us to your circles on Google+:
Tweet Me: 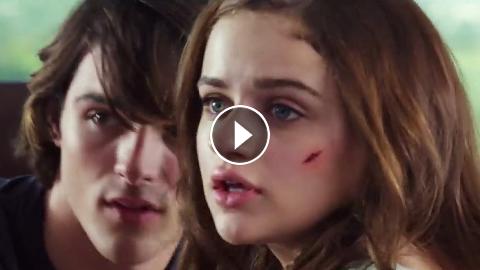 More Celebrity News ►► On Monday, Netflix dropped a remake of ‘The Kissing Booth’ and it COMPLETELY changed the tone of the once sweet, coming of age ...