admin
More Celebrity News ►►
Harry Potter fans get pumped because the creators of Pokemon Go is about to send Potterheads into augmented reality!
Okay I love Harry Potter, I get the whole Pokemon thing but what exactly is this and why are people freaking out about it?
First things first – remember last year when the world lost it’s mind and spent several months solid playing Pokemon Go? Yeah – that was wild and we loved it. Well, get this – the wizards behind that game at Niantic Labs are developing a game in partnership with Warner Brothers….and they’re totally focused on Harry Potter. From what we hear the game will be called “Harry Potter: Wizards Unite.”
Niantic released a statement saying QUOTE “Players will learn spells, explore their real world neighborhoods and cities to discover and fight legendary beasts and team up with others to take down powerful enemies,” and will cater to QUOTE “players that have been dreaming of becoming real life Wizards.”
Sounds freaking awesome for Harry fans and gamers. But you know who it sounds way more awesome for? Um, the people who are responsible for this brand and this game because they’re about to blow up. Did you know that Pokemon Go was one of the most downloaded apps of 2016 with a whopping 750-million-global downloads after one year out there. INSANE! The release of this new augemented reality game is set for 2018 vaguely. And we’re more than vaguely excited – what about y’all?
Hit us up in the comments to honestly let us know if you’re as excited about this game as you were about playing POkemon GO for like 3 months straight. Then click here to get deets on Kim K’s new fashion app. It’s pretty cool. I’m your girl Joslyn Davis, thanks for hanging and we’ll catch you later!
For More Clevver Visit:
There are 2 types of people: those who follow us on Facebook and those who are missing out
Keep up with us on Instagram:
Follow us on Twitter:
Website:
Add us to your circles on Google+:
Tweet Me: 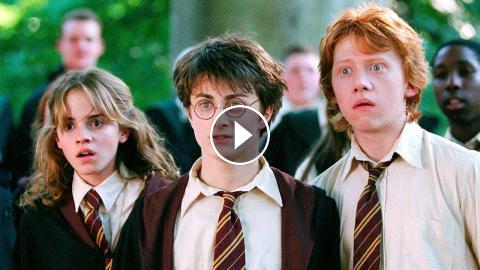 More Celebrity News ►► Harry Potter fans get pumped because the creators of Pokemon Go is about to send Potterheads into augmented reality!Okay I love...