admin
More Celebrity News ►►
Cole Sprouse just revealed his number 1 celebrity crush of all time
Before we developed our own crushes on Cole Sprouse, he was crushing on another leading lady
Cole Sprouse is best known for his lovable role as Cody on The Suite Life franchise, but before he was checking into hotels with his twin brother and stealing Disney hearts everywhere, he was Ross Geller’s feisty, yet adorable son named Ben on Friends.
Cole admitted that working on Friends was QUOTE “intimidating,” but that could have been because he was crushing on one of his costars.
Cole told the mag QUOTE ““I had a really, really hard time working with Aniston because I was so in love with her,” he admitted. “I was infatuated. I was speechless — I’d get all bubbly and forget my lines and completely blank. It was so difficult.”
Now this shouldn’t come as that big of a surprise… Cole’s been pretty open about his crush on Jennifer Aniston for quite some time.
I think anybody who has worked with Jennifer Aniston would be able to relate.
Cole’s little crush didn’t stop him from delivering some of the funniest scenes on the show.
And that’s how you know when someone is destined to be a star. Which is why Cole is currently kicking major on screen butt mas Jughead on The CW’s new hit show, Riverdale. And that’s not all. Cole’s also got a side job cover modeling for romance novels? Well… not quite.
In a tweet, Cole revealed that he had found his face on the cover of a romance novel, and & he had quite a lot to say about it.
QUOTE “Shoutout to this publisher for using my face as the love interest of a romance. “A Heart Remedy from Mr. Heartbreaker” in trashcans near you.”
Ouch. And to make matters worse, a bunch of people then accused Cole of mistaking his face for his twin brother’s to which he quickly responded
QUOTE “ to all of you who think that’s Dylan’s face and I can’t tell the difference between my own damn twin, sit the hell down.”
#TwinTroubles, ya hear me?
Now it’s time for you to all to weigh in on Cole’s little confession, and have you checked him out yet on Riverdale? Share your thoughts down below and then keep it going and click right here for a juicy tell-all interview about the show with Madelaine Petsch AKA Cheryl Blossom, and of course don’t forget to subscribe. I’m Sinead de Vries and I’l see you guys next time!
For More Clevver Visit:
Keep up with us on Instagram:
Like us on Facebook:
Follow us on Twitter:
Website:
Add us to your circles on Google+:
Tweet Me: 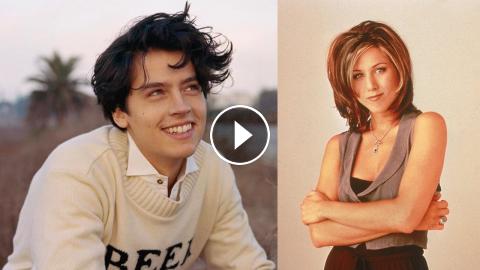 More Celebrity News ►► Cole Sprouse just revealed his number 1 celebrity crush of all timeBefore we developed our own crushes on Cole Sprouse, he was ...