admin
More Celebrity News ►►
The 2018 Emmys took place last night, and per usual the Television Academy honored the entertainment professionals we’ve lost in the past year during its In Memoriam segment. Producers, performers, writers, directors and others were celebrated for the contributions they gave to the world during their lifetime, including some very recent familiar faces we’ve lost, such as Aretha Franklin, Burt Reynolds, Senator John McCain, and Anthony Bourdain. While it was an incredibly moving tribute, there was one artist who absolutely should have been honored during the segment, who wasn’t -- Mac Miller.
Mac passed away on September 7th of this year at the age of 26. Understandably, a flood of fans took to Twitter to voice their outrage over Mac’s absence from the “In Memoriam”.
One fan wrote QUOTE, “Beautiful Memoriam but........ what about Mac Miller?” Another Tweeted QUOTE, “can’t believe that Mac Miller was not included in the emmys memoriam for people lost this year when many singers/songwriters were included.”
And not only did Mac make contributions to the entertainment world with his music, many fans recalled that at one point, he had his own Reality Television show. Mac starred in ‘Mac Miller and the Most Dope Family’ on MTV2 for two season from 2013-2014. One fan commented QUOTE, “Honestly it’s shady they didn’t put Mac Miller in the In Memoriam part of the Emmys like he had his own show smh.”
We definitely agree with fans who are upset about Mac being left out of the “In Memoriam”, but what about you guys? Do you think the Television Academy has a legit reason for the snub, or do you think there’s no excuse for his absence during the tribute? Let me know in the comments below.
Thanks for watching! Now please click to the right to watch another new video and don't forget to subscribe to our channels. As always I’m your host Naz Perez, and I’ll see you next time.
For More Clevver Visit:
There are 2 types of people: those who follow us on Facebook and those who are missing out
Keep up with us on Instagram:
Follow us on Twitter:
Website:
Add us to your circles on Google+:
Tweet Me: 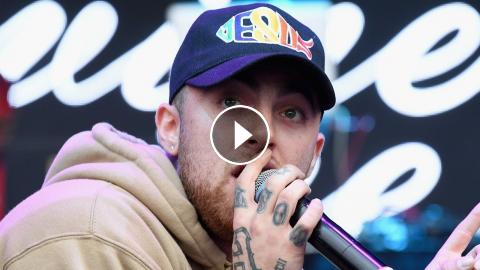